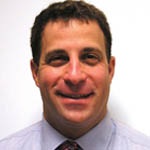 Editor’s note:  You have probably noticed a distinct uptick in clinical trials of potential treatments for hypertrophic cardiomyopathy.  HCMBeat has been following this trend and has previously published a host of stories about such trials, including this story about the positive results from the REDWOOD-HCM Phase 2 clinical trial, as well as past stories discussing the biopharmaceutical company Cytokinetics, its  drug aficamten (previously known as CK-274), and the REDWOOD-HCM trial.

Some of these earlier stories are as follows:

Recently, Cynthia Waldman of HCMBeat had the opportunity to speak over Zoom with Dr. Martin Maron, who recently served as the principal investigator of Cytokinetics’ REDWOOD trial.  The conversation focused both on Cytokinetic’s drug aficamten (previously known as CK-274), and the new class of drugs known as “myosin inhibitors.”  What follows is a transcript of their conversation (which has been edited for readability).