A recent study sought to find how common genetic cardiomyopathies are in the general population.

By studying United Kingdom Biobank samples from 200,643 people who had undergone complete genetic sequencing, researchers established that genes linked to HCM are found in one out of every 149 people!

More than half of those identified as having a HCM gene had a mutation in the MYBPC3 gene, making it the most common HCM gene in this sampling. 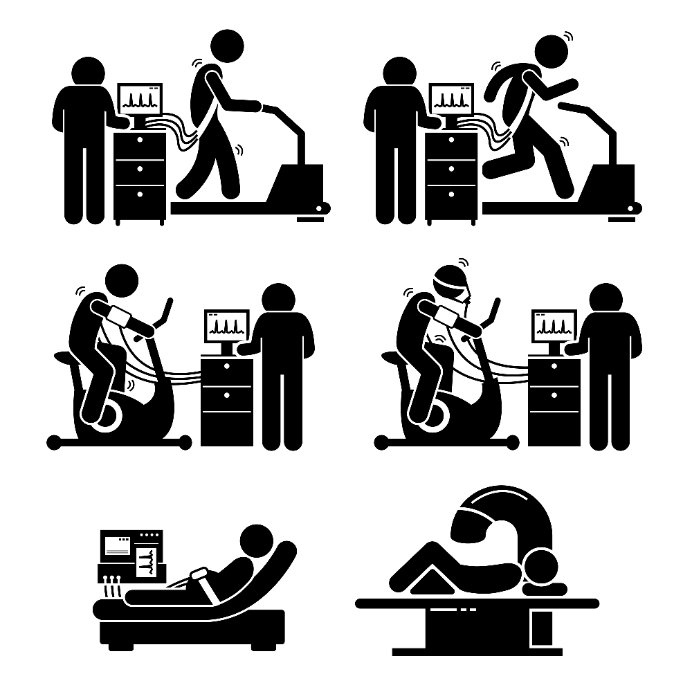 A recent article by several noted HCM experts shares their recommendations for the screening and evaluation of patients with HCM using several scenarios commonly encountered in clinical practice. Notably, this paper makes several recommendations which differ from the 2020 ACC/AHA Guidelines for the Diagnosis and Treatment of Patients with Hypertrophic Cardiomyopathy (2020 Guidelines).

In particular, the article recommends:

END_OF_DOCUMENT_TOKEN_TO_BE_REPLACED

This story in the Wall Street Journal about genetic testing shows the speed of changes in the medical community’s understanding of how and whether certain genes cause hereditary disease.

The article quoted Dr. Jodie Ingles, a geneticist from the University of Sydney in Australia who specializes in HCM and has published a recent article on the subject.  Dr. Ingles said that 22 out of 33 genes comprising a genetic testing panel commonly used to test for HCM had either limited or no evidence of being disease causative.

END_OF_DOCUMENT_TOKEN_TO_BE_REPLACED

According to this study published recently in the Journal of the American College of Cardiology, whole genome testing may sometimes be used to identify the gene(s) responsible for HCM when targeted genetic testing (the type used in the clinical setting) has been inconclusive.

In particular, the study found the responsible gene(s) in 9 of 26 families (20%) in whom targeted testing had previously been inconclusive.

When used as the initial form of genetic testing, whole genome sequencing identified the responsible HCM gene in 5 of 12 families, or 42%.

If not for everyone, perhaps whole genome sequencing could be used in families where traditional genetic testing has proven inconclusive.  Time will tell.

This recent article published in Nature discusses several real-life scenarios in which patients were mistakenly diagnosed with serious genetic cardiac conditions, including HCM, as a result of erroneous direct-to-consumer genetic testing.

These misdiagnoses directly resulted from misinterpretation of raw data by third party interpretation services that were working with raw data provided to them by direct-to-consumer genetic testing companies.

After medical testing, none of the patients discussed in the highlighted cases were ultimately found to have disease or be in need of medical intervention, though all underwent unnecessary medical testing and/or invasive procedures. Some even made radical lifestyle changes as a result of the erroneous genetic information.

This article demonstrates the unreliability of direct-to-consumer genetic testing, which has the potential to cause great upheaval to both patients and the medical system.

As always, patients seeking genetic testing should do their homework. Genetic testing for heart conditions is best when done by the experts – cardiac genetic counselors!

A recent editorial published in Circulation: Genomic and Precision Medicine suggests that current HCM screening protocols may need adjustment to account for recent findings by a study by researchers in the Netherlands.  The Dutch study, published in the same journal, found that of 620 relatives of HCM patients who underwent genetic testing, 43% were found to be genetically positive for HCM, while 30% were diagnosed with HCM at the initial screening. 16% more went on to develop HCM during 7 years of repeated cardiac evaluation.

On the other hand, the 57% of relatives found to be genotype-negative were released from clinical HCM follow-up.

The Australian authors of the editorial, Semsarian and Ingles, note that current screening protocols would have failed to identify the 6 children (15%) who were diagnosed under the age of 12, half of which had a particularly malignant family history.

Additionally, few teens were diagnosed with HCM, which stands in contrast to current opinion that HCM is most likely to develop during adolescence. Indeed, most newly diagnosed family members were older than the age of 36, with 44% being over the age of 50.

Lastly, Semsarian and Ingles note their concern with general utilization of the Dutch practice of releasing a gene negative family member from serial follow up since the impact of all genes which have a role in causing HCM is not yet known while new genes which may cause HCM are still being identified.

Semsarian and Ingles also note that the Dutch patient sample differs from more typical patient populations found in the U.S. and Australia where causes of HCM are more diverse and cannot be easily tied to a specific gene.

An article entitled Psychosocial Impact of a Positive Gene Result for Asymptomatic Relatives at Risk of Hypertrophic Cardiomyopathy was published in this week’s Journal for Genetic Counseling.

The article focuses on the motivation for and the impact of HCM genetic testing on family members.  The 32 participants in the study all encouraged family members to undergo genetic testing with the hope that the knowledge gained would benefit family members down the line.  However, the study found that the psychological impact of a positive result, in the absence of overt disease, was highly variable. Some gene positive individuals perceived that they had an absolute risk of developing HCM, with substantial detriment to their lifestyle choices, while others were not at all affected by the result and made no lifestyle changes.

END_OF_DOCUMENT_TOKEN_TO_BE_REPLACED

A recent study published by members of the SHaRe Cardiomyopathy Registry found that genetic test results for HCM are more definitive and helpful to patients when testing has been carried out at a high volume HCM center – especially a center that shares genetic data with other HCM centers.

END_OF_DOCUMENT_TOKEN_TO_BE_REPLACED

When a patient is the only person in the family ever diagnosed with HCM, s/he will often wonder whether their disease is, in fact, genetic.  S/he will also wonder whether it will be necessary for all first degree relatives to undergo serial screenings for the rest of their lives.

In answer to this concern, Australian researchers have recently identified a subset of HCM patients who appear to have a non-familial form of the disease and whose relatives may be candidates for less stringent screening protocols.

The study, just published in Circulation: Cardiovascular Genetics by Dr. Jodie Ingles and Dr. Chris Semsarian, found that this group, having neither genetic mutation associated with HCM nor family history of HCM, comprises approximately 40% of all HCM patients. Non-familial HCM patients are more likely to be older when diagnosed, and they often present with non-asymmetric hypertrophy and hypertension.  And, these HCM patients appear to have a more favorable clinical course, with a better track record of survival from major cardiovascular events.

The researchers point out that by sorting patients into more distinct subgroups, doctors will be able to provide more personalized and evidence-based care to patients and their families.  In particular, their recommendation is that first-degree relatives of non-familial HCM patients need only be screened one or more times in adulthood.  Less frequent follow up surveillance is also suggested, in contrast with the more intensive screening guidelines recommended for family members of patients with familial HCM.

Issues addressed include: how the test is administered, insurance issues related to the test and the meaning of a positive genetic test.